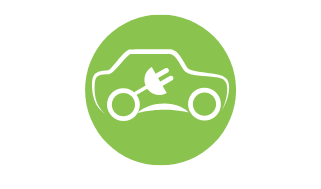 One of the few OECD countries without greenhouse gas emissions vehicle standards, Australia currently lacks credible transport and climate change policies to lower emissions across the sector. Coupled with the relatively high use of private vehicles (we  all  own cars!), the long distances those vehicles travel (we all live  so far  apart!), the lack of national ‘green fuel’ standards and relatively low spending on public transport infrastructure – all leads to a Red Light on environmentally conscious progress within Australia’s transport sector.

We did the math – by reducing ACFID’s travel and freight needs in 2018, we were able to save over a ton of Co2! In 2018, ACFID staff all agreed to reduce the carbon emissions produced by our  flights and took a bus to conference! By taking a bus, we were also able to freight all our conference items with us instead of via courier, allowing us to lower our emissions towards the event even further.

Management take note – we found this helped us maintain staff productivity at a key time for the organization as we were able to group up on the bus and hold key briefings and regular team meetings!

The flights alone allowed us to reduce just under an entire ton of carbon from being released back into the atmosphere. When you include the carbon reduction from not freighting conference items, we were able to save a ton of carbon emissions!

Have you considered how you will travel to attend the ACFID Conference?